The only reason I put Thomas Ligotti and Miranda July in the same article is because I don’t have time to write two separate texts, but I do want to write about both books: Thomas Ligotti’s “My Work Is Not Yet Done” and Miranda July’s “The First Bad Man.” My lack of time and the fact that I read both books in November are the only two things I can think of that connect the authors. Ligotti’s pessimism and dark view of the world is in such contrast to July’s faith that love and life have to prevail, that it’s actually quite interesting putting these two books together and thinking about their differences (and perhaps some similarities?).

My Work Is Not Yet Done, by Thomas Ligotti

When I saw this book’s blurb, I knew I had to read it. The book is about horror at a work place. A corporate horror! You might wonder why any working person would want to read about that after they finally get home, but… curiosity killed the cat.

This is a short novella about Frank Dominio who’s employed in a huge company. We never learn what the company does/produces, nor what our main character’s obligations are, but we do know that he’s some kind of a supervisor and that he has weekly meetings with The Seven – six other supervisors and one director. Right from the beginning we sense his dislike for the “corporate” way of things, for the sliminess of The Seven, endless, meaningless meetings, and how the company sucks your soul until you become a fearful shadow of a human. Probably unlike The Seven, Frank has hobbies and life outside of work. He photographs old, abandoned buildings and looks for traces of life in them.

The story starts when Frank gets a burst of motivation and develops a business idea that he thinks will win him his boss’s sympathy and bring profit to the company. He presents it during a regular weekly meeting, but The Seven’s reactions are worse than just meek and Frank leaves the meeting ashamed and disappointed. However, his idea seems to have struck some chord with the boss, Richard, and from then on Frank will become the object of subtle, frustrating intrigues that will result in him losing his title of a supervisor, and finally getting fired. This is a slow-cooking process that leads Frank to a peculiar state of mind – one that has him plotting a revenge. He starts planning a loud murder with lots of first-class guns and dramatic shooting, but before he gets a chance to fulfill his fantasy, something strange happens.

He hears a loud noise and then long silence that he experiences in total darkness, feeling a thick black river washing over him. Soon we’ll learn that thanks to this “black transformation” Frank now has the ability to switch between being seen and invisible, fly, pass through walls and do some other crazy stuff, so with these new powers he starts working out his revenge in a way that’s not as loud as his initial plan, but definitely much, much sicker. I won’t spoil the ending for you; I’ll only say I like it because you can interpret it in a few very different ways, and some things are left nicely unexplained.

I like Frank’s clear, precise style and how his dark, heavy pessimism drags the reader down into the narrative. Frank’s view of the corporate world (that’s slowly becoming the only world there is) doesn’t leave much hope, but horror-loving readers safely tucked away from their offices can fully enjoy the dramatic prophecy without getting too depressed. After all, this is just a book.

Miranda is a revelation to me. Ever since I read her short stories, I’m in deep respect of her. Her writing is that wonderful combination of deep and humorous, and there’s lots of wisdom in her sentences. Also, her imagination is powering unique similes and metaphors, so you can also read her books for the beauty of images and language solely. Well, sort of. I don’t want people to draw a conclusion that she’s Nabokov. She’s a different league, but it’s definitely a serious one.

At one point in my life I was in love with Lorrie Moore’s writing and Miranda reminds me of her a bit, only I think she takes even greater risks with characters and their emotional lives. “The First Bad Man” is a story about a woman in her forties who doesn’t have too much going for her except a steady job – she’s not really pretty, she’s been alone/lonely for a long time, there are hints that she’s prone to depression, but nevertheless we see her fighting tough reality with heart-melting optimism on every page.

One day she is forced to welcome her bosses’ 20-year old daughter into her small, tidy home for a while which she’s not happy about initially, and even less happy as a few days pass – when she realizes what a slop the girl is. She’s a blond, big-boobed beauty, but also a slop who lies on the couch all day, eats junk, watches TV and has horribly-stinking, fungus-infected feet. These two unlikely characters with develop a relationship over time that I can only characterize as incredibly weird. And though many things they do are weird, we’re constantly residing in the main character’s head, listening her every heartbeat, and somehow we become sympathetic accomplices even when our natural reaction to the plot is uneasiness, or perhaps even being grossed out by the combination of sexuality, violence and physical/bodily ugliness that kills any chance of comfortably settling into a romantic mood. 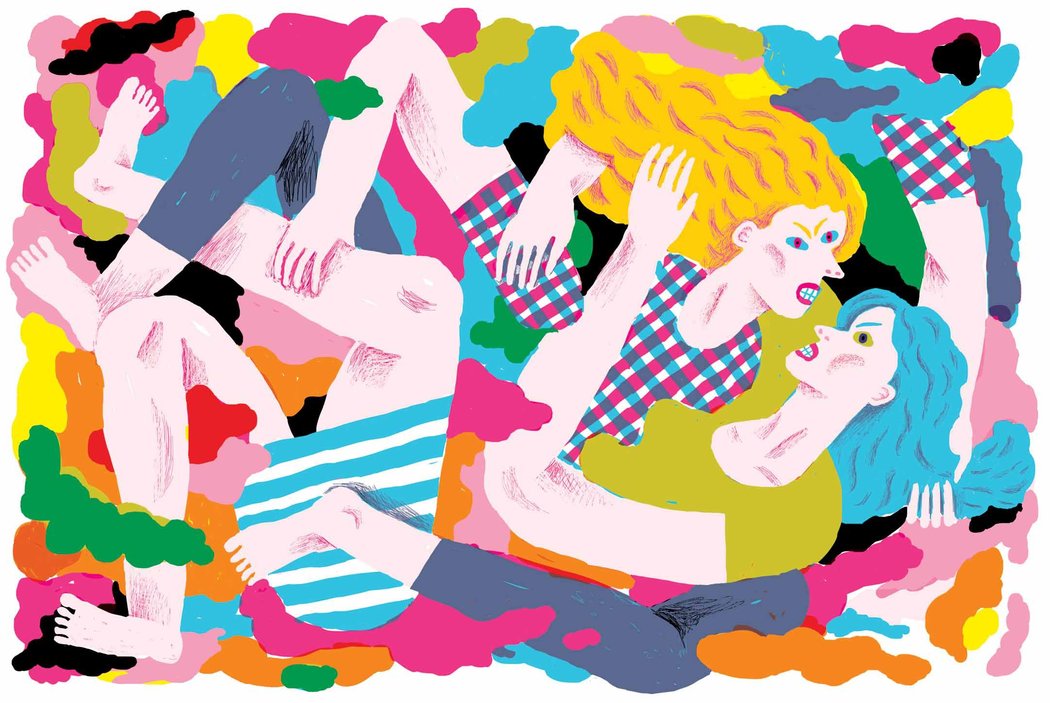 Since I mentioned similarities between Ligotti’s and July’s book at the beginning of this text, maybe I ought to address the issue. It’s really difficult for me to find any. I feel like I’m reading Ligotti with my head/mind, and July with my heart. In Ligotti’s world darkness prevails without any chance of light leaking out, while July is all about compassion, second chances, love. The only thing that I could think of – and that is definitely pushing it – is the horror that life is. When you look at it, it’s really scary. Only Miranda thinks it’s also beautiful, because we have a chance to act on the horror, to show how we deal with it, and create something beautiful in the process.

This site uses Akismet to reduce spam. Learn how your comment data is processed.